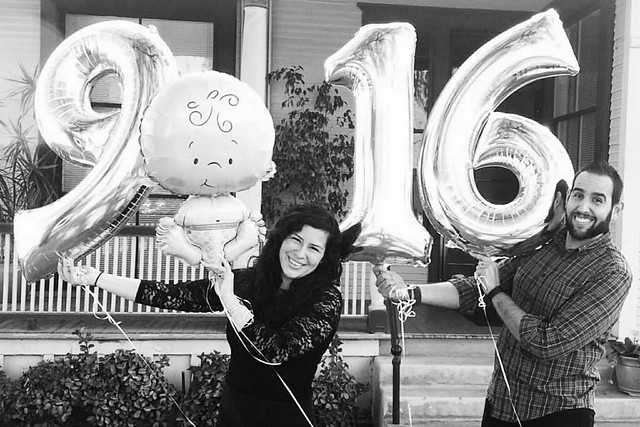 I'm excited to share that my sister Jasmine and brother-in-law Oscar are expecting their first baby this September! :)

Some time ago (back when I was expecting Juli, my fourth daughter), I shared my must-have items during those newborn baby days. Some of the items I shared are unconventional, but helped me tremendously. I decided to update my list and reshare it now that it's personally relevant again. (Hi, Jas!)

BOPPY PILLOW
I was introduced to the boppy by a lactation consultant when my oldest daughter was a newborn.  I was having trouble with her latching (it was terribly difficult those first few weeks), so I went often to seek the advice of a lactation consultant.  (As in multiple times a week for a few weeks). She told me it was necessary for me to be comfortable during nursing, and brought out the boppy for me to use.  I was having so much trouble with breastfeeding, and I really wanted to be successful.  The boppy was one of the tools that helped me succeed with breastfeeding.  (I breastfed all of my daughters for 2+ years).   I know that others will agree with me.  The boppy pillow is a must-have.

ANTI-BURST GYM BALL
I know this one is unconventional!  Jesse and I used the gym ball to bounce our little ones to sleep or to soothe them when they were fussy.  Jesse had bought a workout ball for himself to add to his fitness routine.  One day when it was time for our little one's nap, he jokingly started bouncing her softly on the gym ball.  She quieted down right away, and fell asleep.  We were sold.  We never did use it for working out.  ;) I read about another mom who used the ball during labor, as well. (But be careful- the "anti-burst" ball burst a couple of times! lol. I fell all the way down to the ground one time. It happened so fast. Don't worry- Jesse got a good laugh).

ROCKING RECLINER
Rocking chairs didn't work out for us.  They weren't sturdy enough and would annoyingly move back as we rocked Lani (our first daughter). Rocking recliners, however, totally worked.  Our girls would nap in our arms as we rocked them in the recliner.  We were very comfortable and we were able to catch up on all of our favorite shows (and then some). Which brings me to...

NETFLIX
I watched so much bad, late-night reruns (infomercials when I was unlucky) when my oldest daughters were babies. Netflix was seriously heaven sent during those newborn days. We watched Breaking Bad when Juli was a newborn. Jesse and I would take shifts those first few weeks. (New parents, if you can, take night shifts! Each of us would sleep for 3 hour stretches at a time. This is a story for another day, but when Lani was a newborn, we were still so clueless that we were up together or glaring at the other when the other slept because we didn't have a shifts system in place. "HOW CAN YOU BE SLEEPING RIGHT NOW??! It's hilarious now, but it wasn't then). Anyway- back to the point- we watched Breaking Bad and we were so hooked we would actually skip our time to sleep to watch another episode together. That's true love for Breaking Bad, guys. Invest in Netflix or Hulu. :)

BUILT-IN SHELF BRA / BASIC CAMISOLES
I lived in these when my girls were born.  They were comfortable and provided good support.  When I needed to breastfeed, I would slip off a strap and nurse easily.  I found them more comfortable than nursing bras and button up shirts.

PORTABLE SWING SEAT
This was perfect when I needed to shower, cook, entertain my other little ones, etc.  I especially loved it for travelling.

A SMART PHONE
Breastfeeding is VERY time consuming.  (Rocking babies to sleep and holding them while they sleep? Also very time consuming). After I got the hang of it, I would get bored of lying or sitting there for long periods at a time.  I used to have a "dumb" phone, and I got really good at Tetris on it.  ha.  With Addy (our third daughter), we finally bought smart phones.  I use(d) it for countless things including reading my favorite blogs, scrolling through Instagram, playing games, Weight Watcher tracking, random google searches, blogging, even reading books.  It was easier to read a book on it than to try to hold an actual book while nursing.  It's undoubtedly another must-have for me.

What would you add to this list?? The kookier, the better. ;)