my current hobby- reading the books before I watch the movies

Last year I started a hobby that I am enjoying: reading books before they are made into movies. I didn't get through my entire list, but I got through a few. I shared that I read and watched John Green's The Fault in Our Stars. I didn't love the book or movie because I'm #coldandheartless. Seriously, I thought the characters were not well developed and not realistic enough. If you don't know, The Fault in Our Stars is about Hazel, a teenager with cancer. Hazel falls in love with Augustus, who she meets at a support group. The book is about their romance and the challenges of their conditions. I repeat: I'm #coldandheartless. 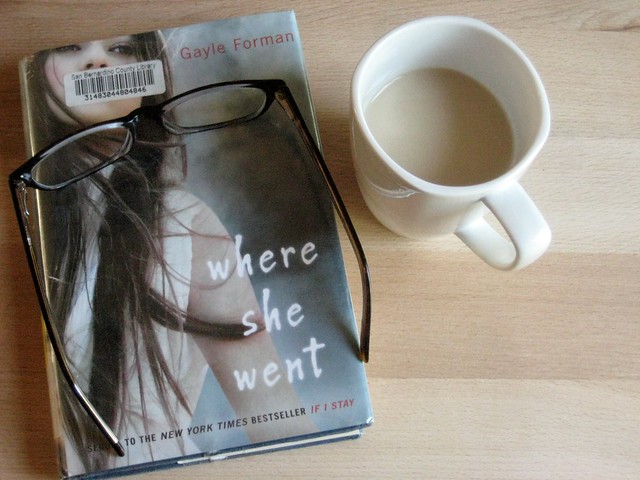 I also read and watched Gayle Forman's If I Stay, which I liked. If I Stay is about Mia, a teenager who gets into a car accident with her family. Mia goes into a coma and is having an out-of-body experience. Most of the book is told from her perspective in this out-of-body experience. She is having a series of flashbacks about her life before the car accident, which has tragically been the cause of her family members' deaths. She realizes that she can choose whether she stays or goes. Though it hasn't been made into a movie, I read the sequel Where She Went. 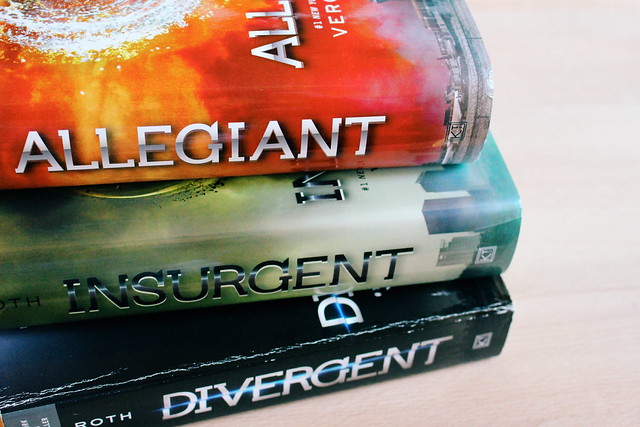 I was attempting to read books before they were released in 2014 and then thought about sticking to a 2015 list. Though I was sticking to books based on their year of release, I decided I didn't have to limit myself. This year I read Veronica Roth's Divergent and watched the movie, which was released in 2014. Divergent is about a dystopian society, in which the citizens are divided into five factions based on personality traits. The factions keep the peace in this future society. The book is told from Beatrice's perspective. Beatrice is a teenager who has to choose her faction at the beginning of the novel. I thought it was a clever plot.

I also read and watched Insurgent, which is the second book in the Divergent series. I thought the movie took too many liberties with the plot. I also read Allegiant, which is the third book in the series. Part 1 of Allegiant is expected to be released in 2016 and part 2 in 2017. Without giving away too much, I think I will like Allegiant part 1, but not Allegiant part 2. In fact, I hope liberties are taken with part 2. I haven't read Four: A Divergent Collection, which is a collection of short stories told from the perspective of Four, a main character in the Divergent series. Because the final portion of Allegiant left such a bad taste in my mouth, I'm not currently interested in reading the collection of short stories right now. (I know!)

I recently read the Twilight series: the first book Twilight, the second book New Moon, the third book Eclipse, and the final book Breaking Dawn. I also watched the movies. Twilight is about Bella, a teenager (I really need to branch out), that falls in love with Edward, a vampire. I liked the books, albeit, they were cheesy at times. There were some very sweet moments though. Don't judge me. ;) My friend Denise and I fangirled together. She let me borrow her books and movies. She also let me borrow the Divergent series. 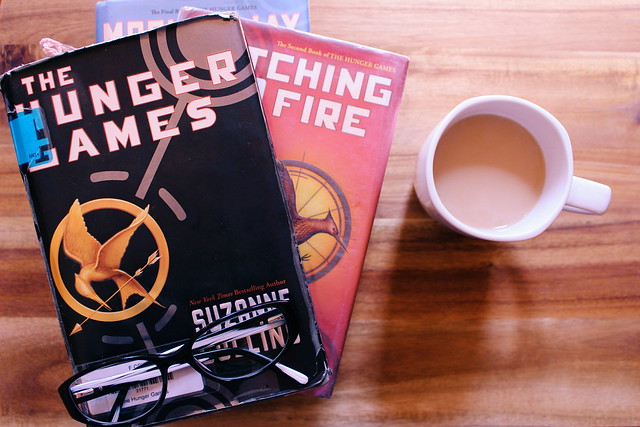 I am currently reading Suzanne Collins' The Hunger Games series. I recently read the first book The Hunger Games, and I am in the middle of reading the second book Catching Fire. I plan to read the third and final book Mockingjay next. I watched The Hunger Games, Catching Fire, and part 1 of Mockingjay. Part 2 is expected to be released this November. The Hunger Games is also about a dystopian society. In this society, the Capitol has political power over the people. One way they control the people is by forcing two teens from each district of twelve to battle publically (it's broadcasted) until there is 1 victor. They call that event The Hunger Games. The book is told from the perspective of Katniss, a sixteen year old. The Hunger Games was excellent. I am really enjoying Catching Fire, as well. I think they're extremely well-written with well-developed, realistic characters and engrossing plot. Brilliant all around.

I recently read Roald Dahl's The BFG after Evie (she's 9) read it and loved it. The book is about Sophie, a young orphan, that encounters a big, friendly giant- the BFG. The story is about their adventure together. It's delightfully imaginative and funny. A movie is expected to be released in 2016.

I'm looking to add to my list of books to read before they're (or were) made into movies, so if you have any recommendations, please tell me in the comments!