I went to Panera for lunch the other day with Jesse. I ordered something else, but their egg white, avocado, and spinach power sandwich looked so good that I took a picture of their advertisement, and thought, "I'll make it for one of my 52 sandwiches project!" Turns out I made one very similar to theirs at the beginning of this project for sandwich #9. For that sandwich, I used a plain bagel instead of a multigrain sandwich thin, pepperjack cheese instead of cheddar, and a whole egg instead of whites. 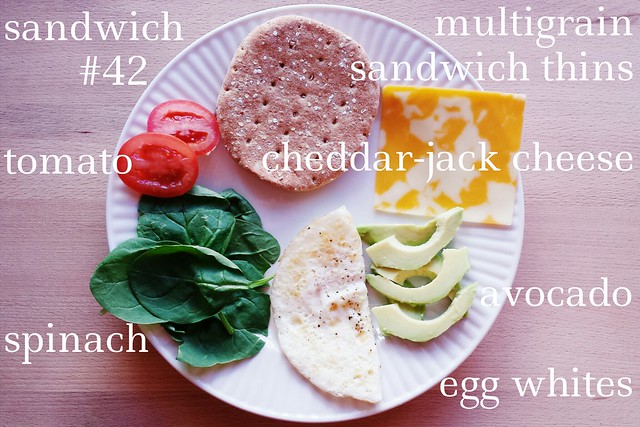 For this sandwich, I lightly fried 2 egg whites and seasoned them with salt and pepper. I, then, spread light mayo on both sides of my bread, then layered the egg whites and cheese. I toasted them in my toaster oven on the "broil" setting for a few minutes until the cheese melted. Finally, I layered my spinach, tomato, and avocado in my sandwich. Easy peasy and yummy. 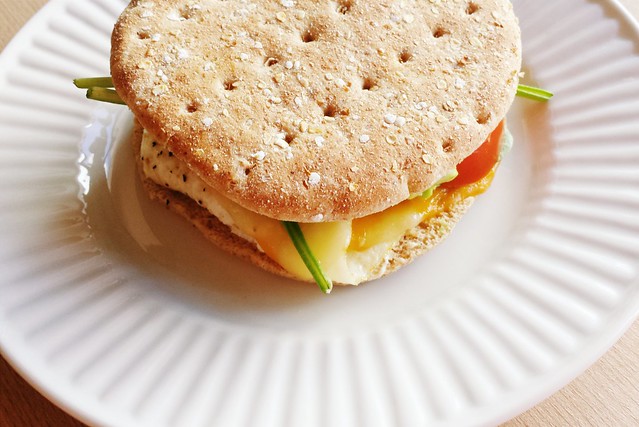 ** I am attempting to make 52 sandwiches. Read more about how this project got started here. See all the sandwiches I've made so far here.**
at 10:30 AM