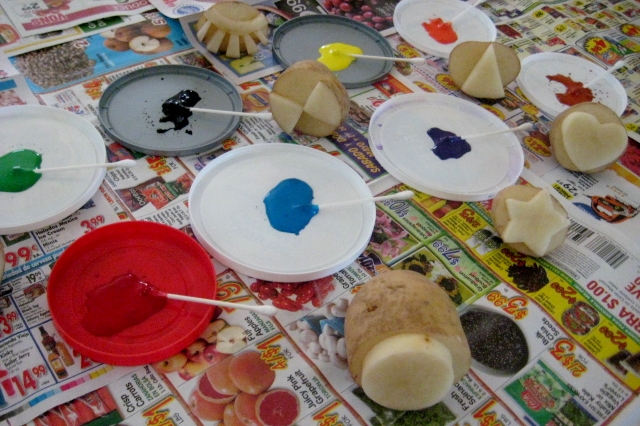 I had another activity planned for yesterday, but after seeing this post I got so inspired and wanted to make these silly faces right away. 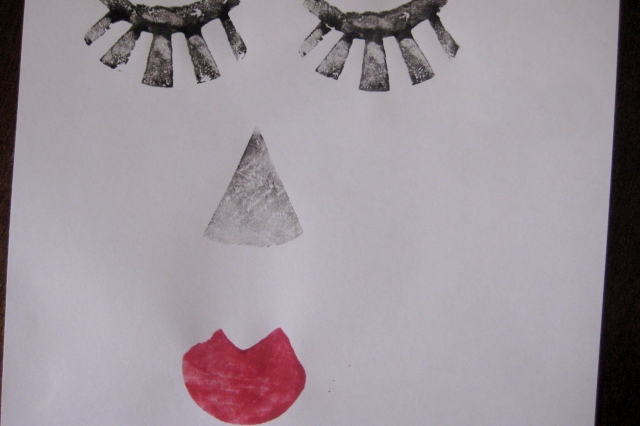 Instead of free handing my shapes, I used cookie cutters to help me make more crisp lines.

For example, to make this star-shaped stamp: 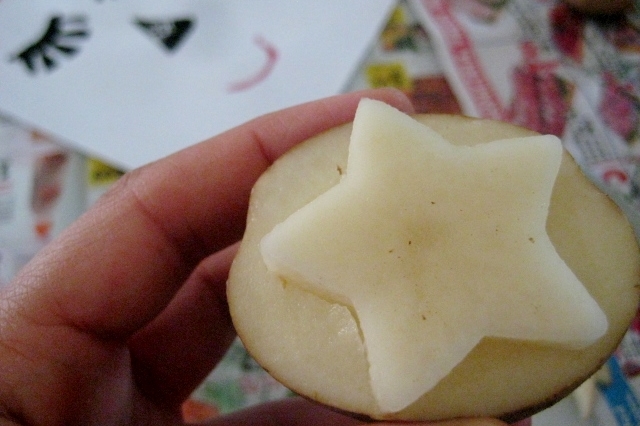 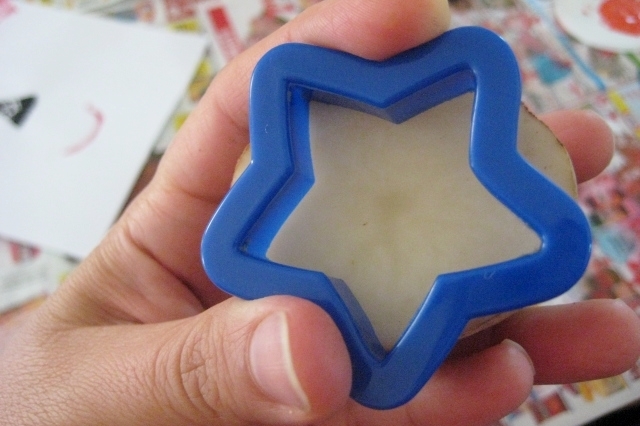 Then, I firmly pressed though the potato as far as it would go: 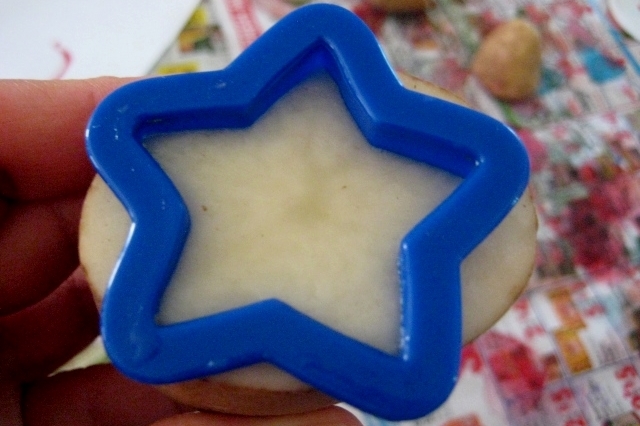 Once I had the star shape made on the potato: 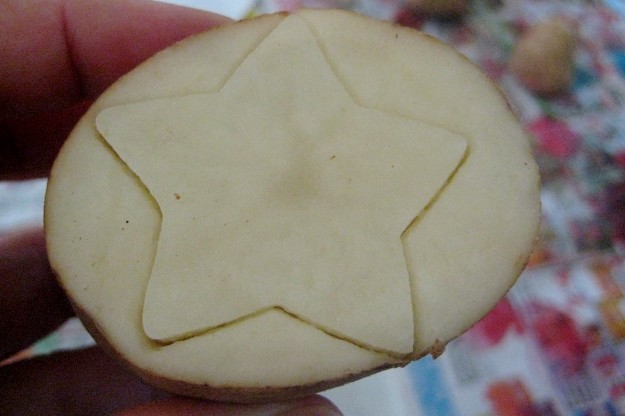 I cut around the star to remove the outer portion: 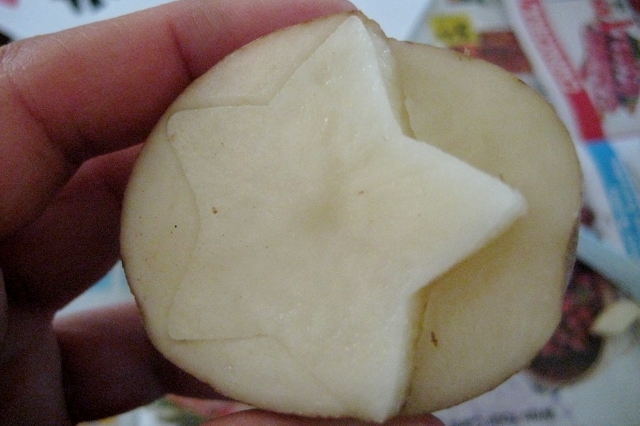 Easy!
Then, I made several more shapes. I did have to freehand a bit, but I used a variety of cookie cutters and mixed them up to get a few different shapes. 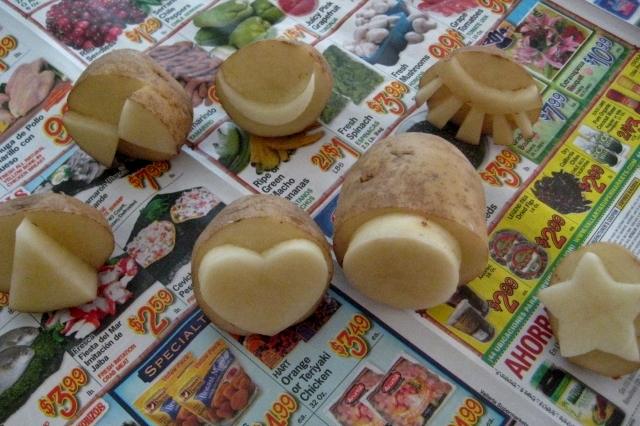 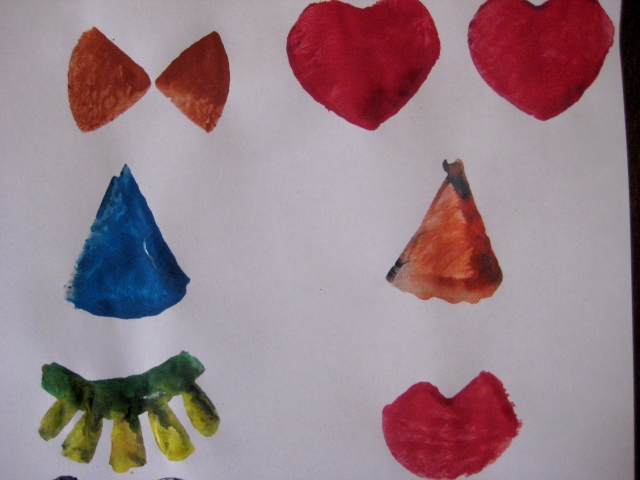 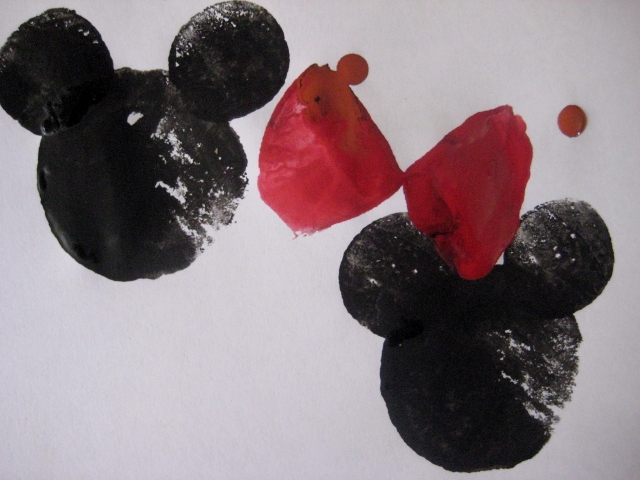 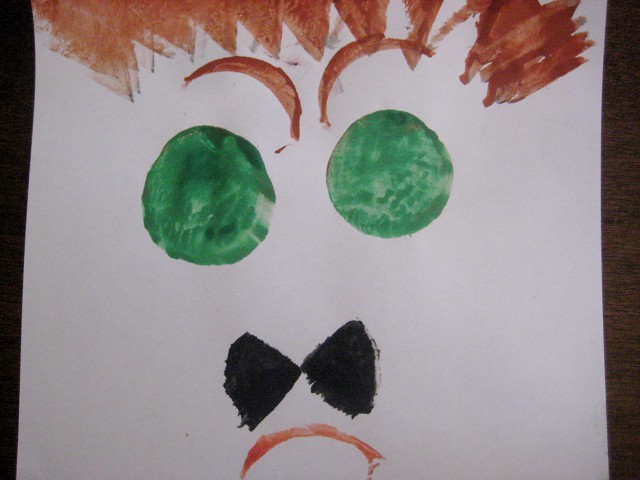 I think we'll have to make more potato stamps in the future for other projects.