I came across this book a few weeks ago while thrifting. I like cookbooks. I was excited to bring it home for a few dollars. It's a "kid food" cookbook, but I've come to learn that kids dislike things you would think they would like and like things you wouldn't think they do. It's good to have them try a variety of things even things that are not typically kid-friendly. Evie surprised me the other day by saying she really liked peas. Wha-?! But it's green! ;)
I made Rachel Ray's meatza pizza burger from the book (we substituted a few ingredients). 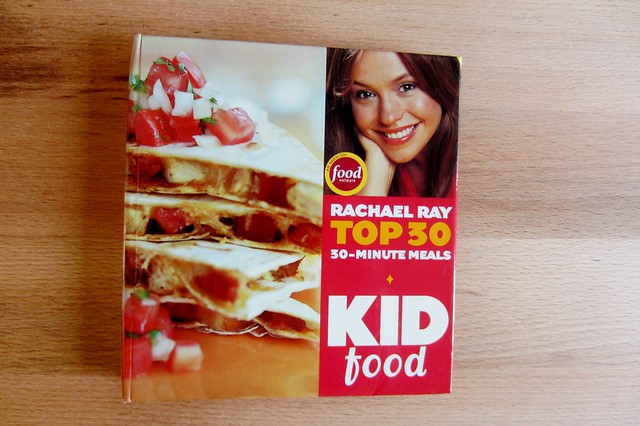 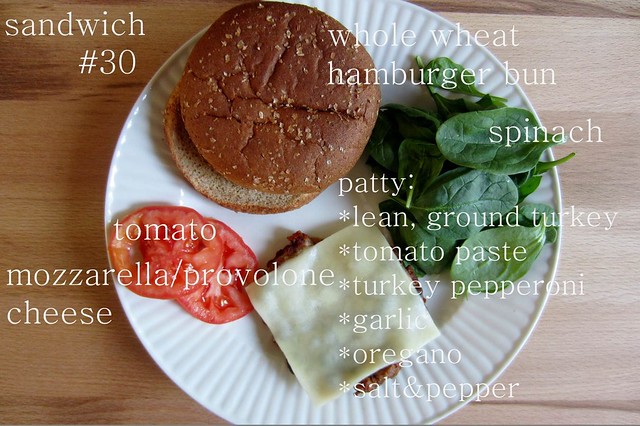 Jesse made the patties according to the recipe (we used lean ground turkey instead of lean ground beef). We assembled the burgers by layering the patty, melted cheese, spinach, and sliced tomatoes in the hamburger bun. "Meatza pizza?" It has "pizza" in the title. Surely, my girls would be fans. 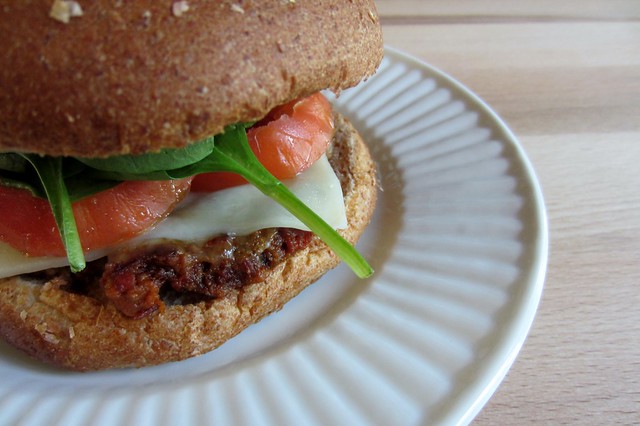 My girls weren't fans. ha. I'll admit, it was kind of dry (maybe a smaller roll would make it better next time), but I thought it was still tasty overall. Please don't take it personally, Rach'. ;)

** I am attempting to make 52 sandwiches. Read more about how this project got started here. See all the sandwiches I've made so far here.**
at 11:00 AM